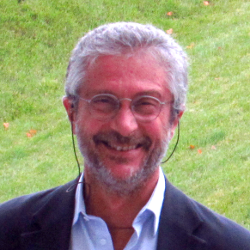 I have about 25 years of research experience in geomechanics. I've been working in Laboratoire 3SR (of which I'm the Director since September 2013) in the research team "GéoMécanique", which currently includes about 20 permanent faculty members and 30 PhD students and post-doc. Professor at Université Grenoble Alpes, I've been offered a few visiting professor positions at a number of universities: Georgia Tech in the USA, the University of Kumamoto in Japan, the University of Sydney in Australia, the University of Edinburgh in the UK, and the University of Napoli in Italy.

My research involves experimental investigations as well as theoretical and numerical modeling of the behavior of geomaterials, including localized failure and hydro-mechanical coupling. Applications are principally in geoenvironmental, petroleum, and civil engineering. My recent research has been mostly focused on advanced experiments; I've been developing and using quite a range of innovative soil and rock testing apparatus and experimental techniques - in particular, Digital Image Correlation and x-ray tomography.

I've served in various National and International Research Boards, including the Technical Committee TC105 "Geo-Mechanics from Micro to Macro" of the International Society for Soil Mechanics and Geotechnical Engineering. My expertise has been called upon by the French Ministry for Research and Innovation and the Mechanics and Engineering Section of the French National Council of University, to name a few. Since October 2017 I'm the president of the European Association ALERT-Geomaterials. In 2007 I created and have since directed the international masters program in Geomechanics, Civil Engineering and Risks in Grenoble (all courses are given in English - which is quite an achievement for a French university!). Since 2007-2008, more than 200 students have attended this masters program from more than thirty different countries.

For the last 12 years, I've been one of the four Editors of the Journal Acta Geotechnica, published by Springer. This journal has had significant success and has become, in a relatively short time, one of the recognized journals in our field. However, I am not very happy with the current system of global publishers and I feel less and less comfortable in the roles of author, reviewer and editor. Why should our academic community pay companies (the publishing houses) for the work we do ourselves? I feel happier working in a system where researchers are in control of the business of communicating their research, and I see Open Geomechanics as our attempt to do so.

I'm a civil servant, employed by the French Ministry of Education. My salary is paid by Université Grenoble Alpes - to teach courses and do research. I do interact with the private sector, for training geotechnical engineers (courses organized by Plaxis BV in the Netherlands, in France and in Italy). The majority of my research projects are funded publicly (mostly French and European, but also Australian, British, Hong Kong and American research agencies); however, I've received funding from the following companies: ExxonMobil in the USA, and Andra (the national agency for nuclear waste disposal) and Total in France.